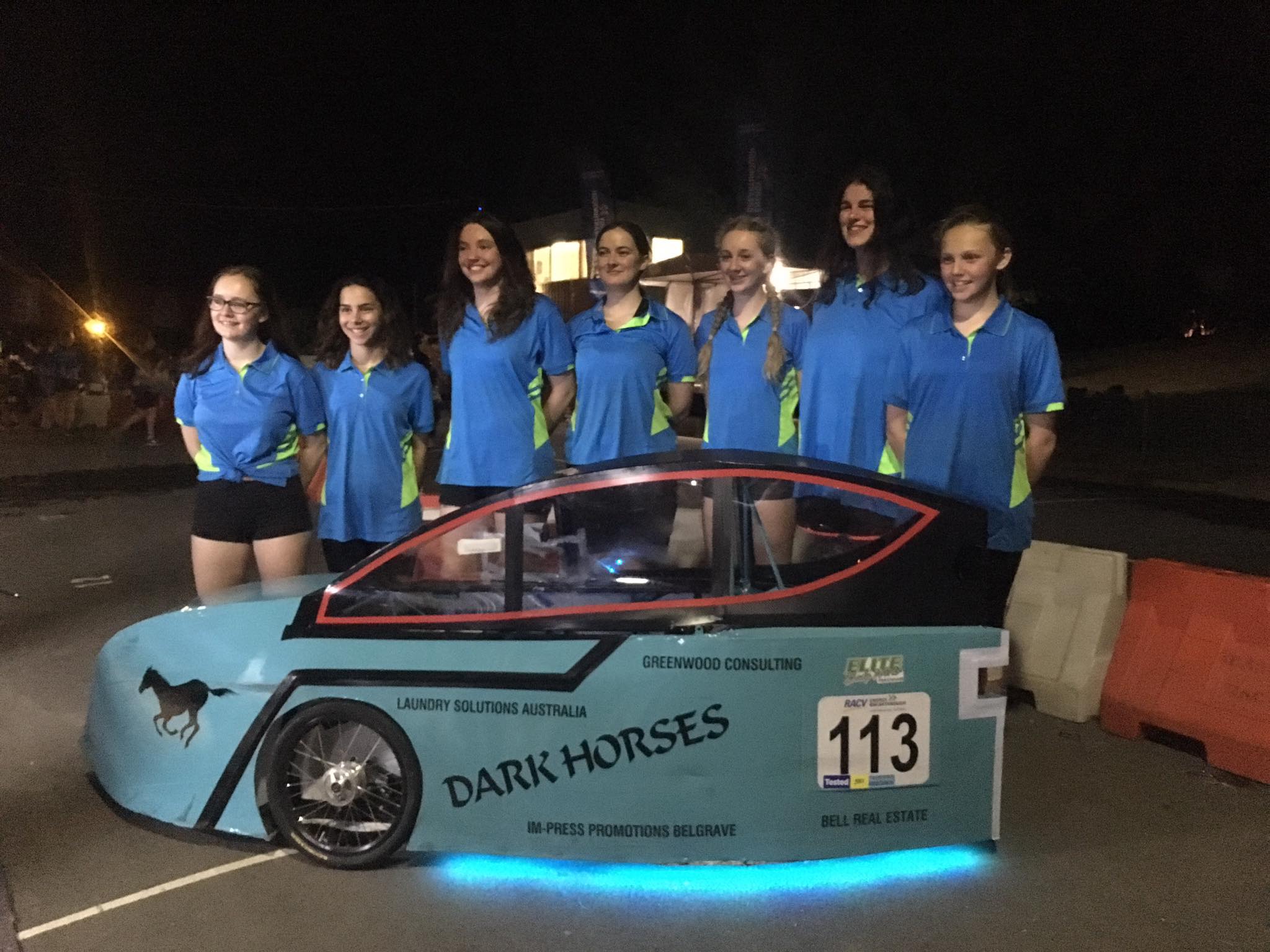 On Wednesday the 22nd of November, my all-girls team of seven left for Maryborough to participate in the 2017 RACV Energy Breakthrough event. Months of preparation, rehearsals and training had readied us for the week ahead of scrutineering, presentations and, of course, racing.

The weather in Maryborough the time of year was, as usual, very hot. The afternoons were reaching temperatures around mid-thirties accompanied by an ever-present sun. My team and I made a conscious effort to stay hydrated before, during and after the week to tackle not only the heat but also the strenuous exercise we would be enduring.

Apart from the actual triathlon, the RACV Energy Breakthrough was a fantastic event for children and teenagers to enjoy numerous activities, such as the pool, fair, pushcarts, outdoor movies, sustainability and energy expo, delicious food and drink, and much more. I myself enjoyed a hot afternoon at the pool with my teammates, alongside wandering the town and appreciating local food.

The triathlon itself involved three components; the design and construction/scrutineering, display and presentation, and the eight-hour race on the 1.1km CFA track. In terms of scrutineering, the teams were required to answer questions and discuss in detail the different aspects of their cart, displaying their in-depth knowledge of how their vehicle works. Later, we were also questioned about various topics including race rules, safety, training, cart construction and maintenance, and the environment. Next, the display and presentation. Here, teams were given 20 minutes to present their knowledge over eight areas: safety, rules and flags, nutrition, history, training, environment, maintenance and construction, and sponsorship. These presentations are using performed as a skit and delivered in front of at least two RACV EB judges. Preparation for our D&P began back in October, with the entire team meeting up weekly to write and rehearse our individual speeches, create our posters, and run through potential questions for scrutineering. On the Friday of the event, we competed in the sprint and obstacle races, both of which involved single laps per rider and fast changeovers. The sprint race was a long, flat course with one major turn, featuring several crashes. The obstacle course was anything but boring. Ramps, cones, narrow turns and a rumble strip made it all the more exciting. Both races were energetic, at times stressful, and overall a whole lot of fun. Finally, Saturday brought us the eight-hour endurance race that we had all been looking forward for. An entire year of training and races had prepared us mentally and physically to do our best in the race, competing against over 100 other teams. The weather provided us with mostly sunny conditions throughout the day, with the race finishing up at 10pm. To combat the heat, riders were treated to iced-towels and cold showers after finishing a stint. My team decided to do half-hour rides each over the duration of the race. Overall, it was a fantastic finish to the track events.

This event was a great opportunity for older riders such as myself to interact with and be a role model for the younger riders competing. Alongside helping teams such as Emerald Primary, Cockatoo Primary and Beaconsfield Upper Primary School, EDEC also took a NSW team, The Mighty Walgett Flood, under their wing. We helped teach the four boys the ropes of HPV racing and made sure they had an enjoyable time at Maryborough.

EDEC also had the opportunity to be interviewed by ABC, having the chance to talk about our carts, training, racing, as well as a special segment for the riders from Walgett. It was a terrific opportunity to tell people about our sport and share with everyone what exactly we do. The ABC interview can be found here.

As this was the very first year the RACV Energy Breakthrough had an all-girls category for the triathlon event, my team was very determined to do well. We were all motivated from the get-go, and we worked hard to do our best. In fact, our months of training and preparation had paid off, with the results being better than we thought! My team scored fantastically in each category, with a total score of 97.9 – one of the highest scores! We finished the endurance race with 222 laps, 7 more than we completed last year. Winning first place for all components of the triathlon in our category was an amazing experience and I’m so proud of my team members for all their hard effort they put in.

Once again, I’d like to thank the Emerald Community House for sponsoring my team, the Dark Horses, and allowing us to compete in the RACV Energy Breakthrough event this year in Maryborough. As always, it was a fantastic week and very rewarding. On to the next!