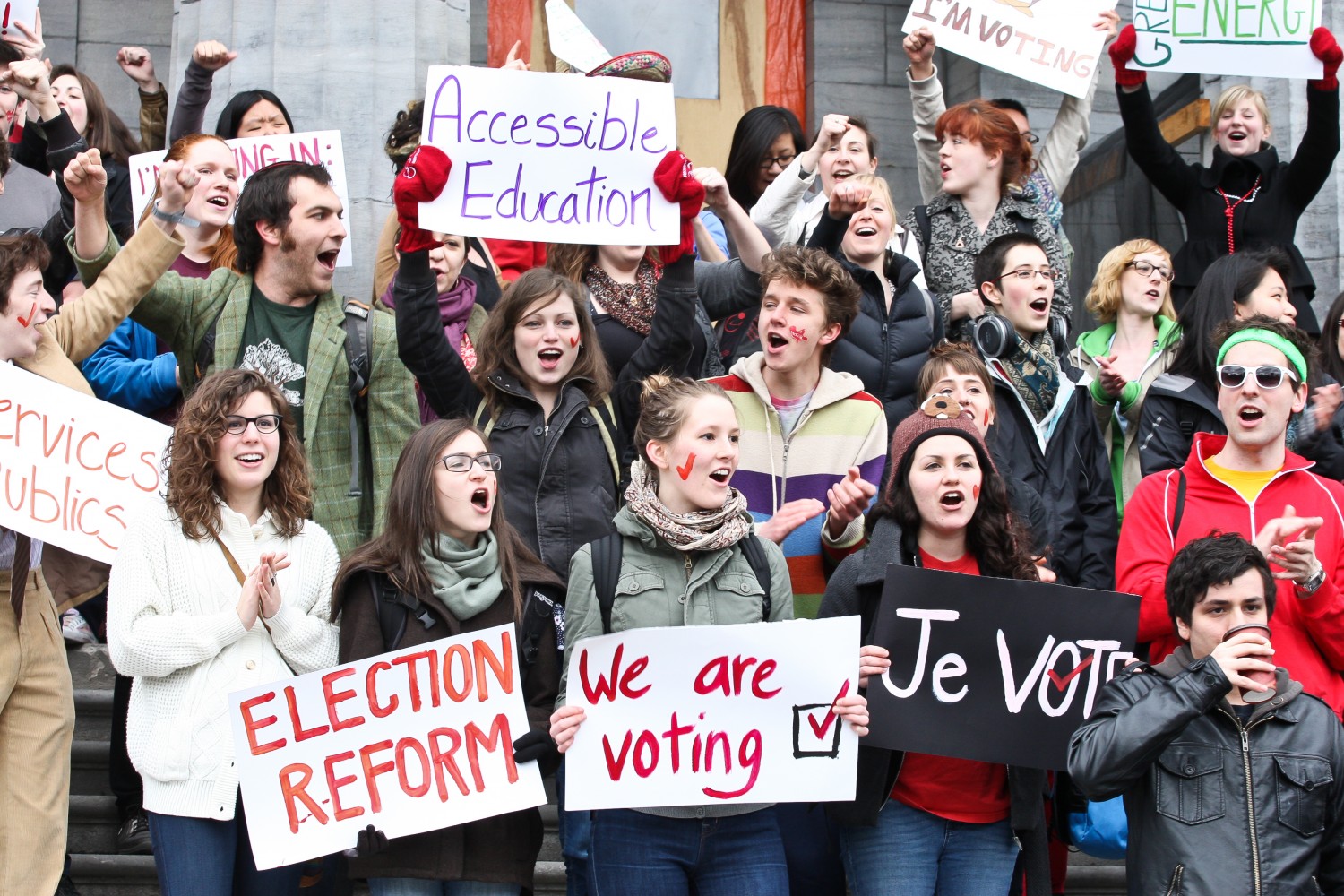 Author and activist Sandra Meucci once quoted “Rather than standing up or speaking for children, we need to stand with children speaking for themselves.” In simple terms, she believes society as a whole should encourage the youth of today to fight for their rights independently, instead of being smothered by the overbearing voices of adults. Today I will be contending that the eligible Australian voting age should be lowered in order to give youth aged 16 and 17 a voluntary vote in elections, in the hopes that the voices of youth will be heard. This will be highlighted by raising the importance of young people’s opinions, the benefits of a non-compulsory vote and finally, how political engagement within young people will be increased.

To begin with, at age 16, an Australian has the right to move out, learn to drive, give sexual consent, get married, and be employed. However, what a 16 year old in Australia does not have the right to do is cast their vote. There is hypocrisy in the fact that many teenagers obtain other adult responsibilities, yet are denied the same rights. According to the Australian Electoral Commission, 824,000 more voters joined the electoral roll in 1973 when the Australian voting age was lowered from 21 to 18. The Greens believe that lowering the voting age to 16 would allow almost 600,000 extra people to vote on issues that affect them. Federal opposition leader Bill Shorten believes that the nation’s voting age should be lowered as young Australians currently have made clear that they do not see their views reflected in Parliament. Knowledge and experience are not criteria for voting eligibility. If a young person wants to vote for something they feel passionately about, they should be given the opportunity, rather than being restrained until they are legally considered an adult.

Secondly, the right to vote is a democratic right. Introducing a non-compulsory vote for 16 and 17 year olds removes the pressure of needing a political opinion, and instead introduces the opportunity for those who want to express theirs. By disenfranchising young people, the current system is saying we do not have anything of value to add to the political conversation of society and that is nothing short of frustrating. Not everyone is required to be interested in debating politics, but through providing a voluntary vote means that young people have a chance to convey their opinions in an environment where they might make a difference. Both the Greens political party and opposition leader Bill Shorten agree that a voluntary vote for politically enlightened and well-educated youth will prove to be vastly beneficial for our nation. If we act now and lower the voting age, a non-compulsory vote for young Australians will not only be valuable for their lives but the nation as a whole.

Furthermore, if our government allows the voting age to be lowered to 16, it is increasingly likely that young people will take an interest and engage with our national politics, preparing them them for mandatory voting. Since young people are currently underrepresented in politics, issues that affect them are largely underrepresented as well. Concerns such as environmental degradation, public education, mental health and general inequality are all things we need to tackle before they become irreversibly worse for future generations. According to the Australian Bureau of Statistics in regards to the same-sex marriage survey last year, almost 80% of 18 to 19 year olds were more likely to vote than any other age group under the age of 45. Furthermore, the proposal for allowing 16 and 17 year olds to participate brought to light the nation’s want for change. Greens member Simon Burnett argues, “Young people are even more politically engaged than previous generations and certainly more politically informed,” and supports the move to lower the voting age. This may result in higher political engagement across generations, opportunity for further political education in schools and an increase in the calibre of political candidates.

Many politicians and citizens oppose lowering the voting age, arguing that someone who is still legally a child is too immature to take voting seriously, too easily swayed in their opinion or unlikely to care about how the country is run. This criticism quickly becomes redundant, as there are plenty of adults who do not engage in politics or social issues. Another debate is that younger people will have thoughtless political opinions or simply copy their parents. Regardless of age however, there are many people who stick with the same party for life, like football teams. Additionally, this presents an opening for further discussions with youth concerning individual opinions. If we were to take the next step, Australia would join the array of forward thinking countries that have already lowered their voting age including Norway, Brazil, Indonesia and Germany.

The world is in a scary place right now, and with the future about to be placed in the hands of our generation, our opinions have never been more vital. If we were given a non-compulsory vote, not only will our engagement with politics improve, but perhaps Australian politics as a whole. As American author Alfie Kohn once explained, “Children, after all, are not just adults-in-the-making. They are people whose current needs and rights and experiences must be taken seriously.