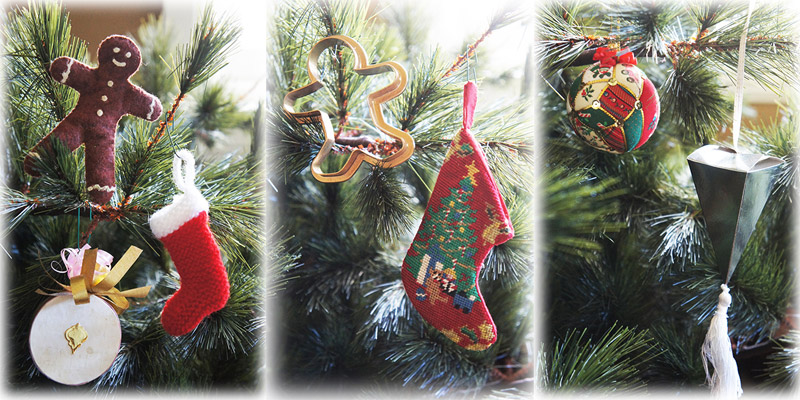 Christmas in the Emerald Community Hall
If there is one word that should sum up this project it is ‘community’. The Christmas season means something different to everyone; some find this time of year about sharing with friends and family, some find an absence of people in their lives quite lonely and isolating. The aim is to try and remember some good old fashioned values and remember the spirit of the season that Charles Dickens was trying to capture in his work “A Christmas Carol”.

Charles Dickens had a happy younger childhood, by all accounts, but his teen years saw a change in circumstances, not for the better. Following is a brief history that was sourced through a rather short google search, to give you an idea of the man behind the book we are celebrating.

And now to the invitation to participate in decorating – there are some basic guidelines, but that is just to give a sense of scale. The 10cm x 10cm measurement is by no means rigid; you may find your decoration is 7cm wide and 12 cm long. That’s perfectly okay. We just want to avoid a 30cm shop sized ornament next to a gilded walnut, that’s all. The most important thing is that you imbibe your creation with a bit of yourself. And the term ‘handmade’ is a very loose term in this instance. If a younger participant is enthusiastic, and has the inclination to glitter a purchased bauble, or stick a bow on the top, we welcome the effort. All skill levels will be displayed with equal care and attention.

If you are after a bit of inspiration, or if you have any unwanted craft bits and pieces including decorations that you no longer want, pop into the Emerald Community House office on the next market day. A ‘swap box’ for useful materials and goods to help you in this endeavour will be near the Dandenong Ranges Repair Cafe.

Background
In 1843 Dickens wrote A Christmas Carol at a time when the British were examining and exploring Christmas traditions from the past, such as carols, as well as new customs such as Christmas trees. He was influenced by experiences from his own past, and from the Christmas stories of other authors, including Washington Irving and Douglas Jerrold. Dickens had written three Christmas stories prior to the novella, and was inspired to write the story following a visit to the Field Lane Ragged school, one of several establishments for London’s half-starved, illiterate street children. The treatment of the poor and the ability of a self-interested man redeeming himself by transforming into a more sympathetic character are the key themes of the story.
Published on 19 December, the first edition sold out by Christmas Eve; A Christmas Carol has never been out of print and has been translated into several languages; the story has been adapted many times for film, stage, opera and other media.

The writer Charles Dickens was born to a respectable family which got into financial difficulties as a result of the spendthrift nature of John, Dickens’s father. In 1824 John was committed to Marshalsea, a debtors’ prison in Southwark, London. Dickens, aged 12, was forced to pawn his collection of books, leave school and go to work at a shoe-blacking factory, a dirty and rat-infested place. The change in Dickens’s circumstances gave him what his biographer, Michael Slater, described as a “deep personal and social outrage”, which heavily influenced his works.
Dickens was touched by the lot of poor children in the middle decades of the 19th century. In early 1843 he toured the Cornish tin mines, where he was angered after seeing children working in appalling conditions. The suffering he witnessed there was reinforced by a visit to the Field Lane Ragged school, one of several London schools set up for the education of the capital’s half-starved, illiterate street children.

Dickens wrote A Christmas Carol because of how British social policy treated children at the time, and wished to use the novella as a means to put forward his arguments against it. The story shows Scrooge as a paradigm for self-interest, and the possible repercussions of ignoring the poor, especially children in poverty—personified by the allegorical figures of Want and Ignorance. The two figures were created to arouse sympathy with readers—as was Tiny Tim. Douglas-Fairhurst observes that the use of such figures allowed Dickens to present his message of the need for charity, without alienating his largely middle-class readership.

A decade of unusually cold weather during his childhood may have influenced his description of Britons “scraping the snow from the pavements in front of their dwellings, and from the tops of their houses” on Christmas morning despite the statistical probability of a grey winter day like any other. Six of Dickens’s first nine Christmases were white, including one in the winter of 1813-14 during which the ice on the River Thames was thick enough to bear the weight of an elephant.